donkey wheel house, located near Southern Cross Station in Melbourne’s CBD, is a community of change-makers based in a substantial, beautiful, heritage property of around 3,000 sqm set over 4 floors plus basement. When donkey wheel trust purchased the property in 2008, they did so with a vision to create a “communiversity” – a place to enable people to come together to develop new ideas to shape a better society.

Our purpose is still to provide space to allow innovative thinkers and their organisations opportunities to achieve more than they could elsewhere, and so to help grow the social change sector.

We achieve this by co-locating social and environmental impact organisations in the building, providing them with access to people, skills, services, and opportunities that help them achieve more. Organisations tell us of the specific benefits they have received, and that being co-located in an Ethical Property centre helps them deliver their strategic objectives more effectively.

We actively manage our tenant group, working with them to identify how best to take advantage of the set-up at donkey wheel house – whether through sharing facilities and services, working on projects together, or using the scale and profile of the building to attract new opportunities.

Examples of this include becoming the CBD headquarters for the Victorian Small Business Festival, with special panels convened to discuss social enterprise and “profit with purpose”;  providing a range of shared services (such as high-speed fibre broadband) and facilities such as meeting rooms; and being the location for the 2015 Australian Progress “after party”, held in the laneway adjoining the building.

dwh was originally the headquarters of the Melbourne Tramway and Omnibus Company (MT&OC). Designed in the Venetian Gothic style, it was opened in 1891 at the height of Victoria’s 19th century boom and stood as an overt expression of prosperity.

Melbourne’s cable tram network was in decline by the start of the 20th century due to the rise of electrified tramways. The MT&OC was dissolved in 1919, and the Melbourne and Metropolitan Tramways Board (M&MTB) was established to assume control of both the remaining cable tram network and the electrified network. The former MT&OC building then became the new headquarters for the M&MTB. Since its construction the building has been used continuously for office and retail purposes.

By 2008 the building had fallen into considerable disrepair. It was purchased by donkey wheel Charitable Trust and, in partnership with the National Trust (Victoria), the donkey wheel house (dwh) National Trust Appeal was established in order to restore the building and bring it into order, to protect the heritage value and fabric of the property.

Tenants now include Kinfolk cafe, The Difference Incubator, Children’s Ground, The Big Issue, Human Rights Arts and Film Festival, The School of Life, Benefit Capital and SPELD Victoria. In 2017/18 we will be refurbishing the basement which will then be available for rent, increasing the spaces on offer to the social impact community.

It seems fitting that a building which started out as a centre of transport innovation, bringing mass transit to Melbourne, should now be a centre of social innovation, still dedicated to improving the lives of ordinary people.

A network of like-minded organisations 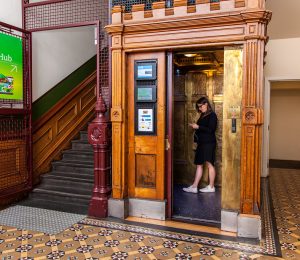 Waverley is a social enterprise with over three decades' experience providing training and employment for people with disabilities. By choosing Waverley for your event or catering needs, you're helping to facilitate inclusive workplaces.
Close info Go to site The Big Issue is a not-for-profit social enterprise that develops solutions to help homeless, marginalised and disadvantaged people positively change their lives. We host The Big Issue's CBD magazine pick-up point and a classroom for school groups.
Close info Go to site 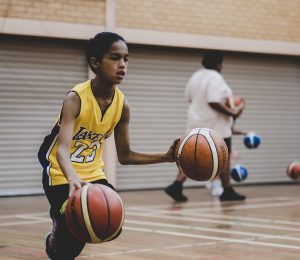 Helping Hoops is an independent charity running free basketball programs for over 1,000 participants. Over 600 sessions per year benefit children and young people of all abilities aged 8 to 21.
Close info Go to site SPELD Victoria is the peak body for Specific Learning Difficulties in Victoria, meeting with government and the community to advocate for change. Our vision is that every Victorian child has the opportunity to reach their learning potential.
Close info Go to site V Wine Salon is the epitome of the French wine bar experience. Our director Vianney Establet, hails from Bordeaux terroir, and is a fifth-generation winemaker who has honed his craft as a sommelier in some of the world's finest restaurants.
Close info Go to site Ethical Property creates spaces where organisations can come together to make a difference. We raise social impact investment to purchase and refurbish properties, delivering a solid financial, social and environmental return.
Close info Go to site Live & Learn Environmental Education work with communities across Asia and the Pacific to create a fairer, more sustainable world for everybody.
Close info Go to site

Looking for a new office? Contact us to see what space is available.